The Azolla Cooking and Cultivation Project at Vivre(s) (2014) 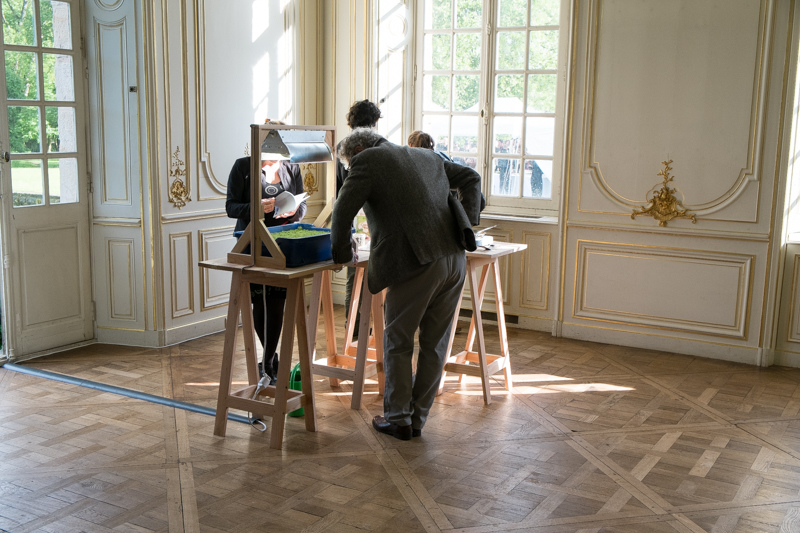 In 2011 The Azolla Cooking and Cultivation Project was shortlisted finalist for the French Prix COAL prize. During the summer 2014 the project was re-activated in the exhibition Vivre(s) at Domaine de Chamarande which gathered several artists with connections to COAL.

The re-activation consisted of an indoor installation with a small Azolla cultivation and kitchen for cooking pancakes (crepé) with soy milk and dried Azolla during the opening. The Azolla was provided by Le Jardin des Plantes, the botanical garden in Paris. The installation was built out of wood from trees grown in the castle park.