The Azolla Cooking and Cultivation Project at Survival Kit Festival (2014) 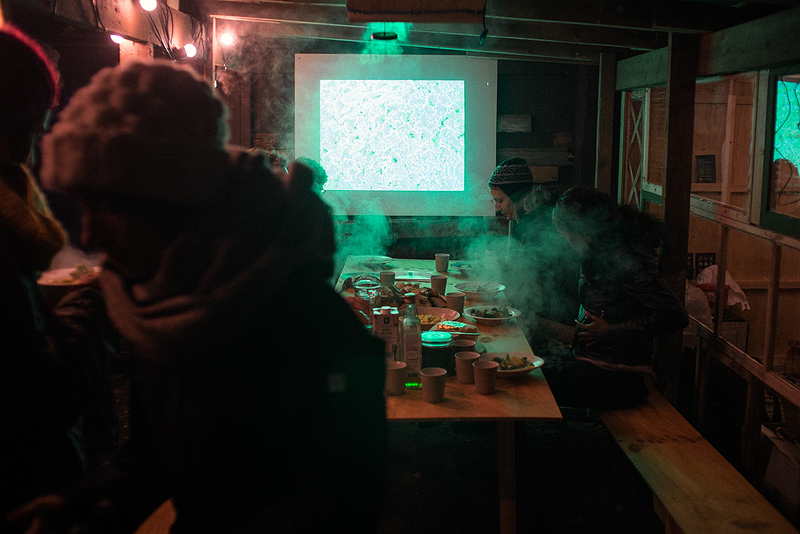 During the summer 2014 the Azolla Cooking and Cultivation Project was re-activated in Umeå Pantry, a project by My Villages within the Survival Kit Festival in Umeå.

PhD students at Umeå Plants Science Center grew Azolla in their allotment plot during the summer. The Azolla was then harvested and used for making soup with Azolla and local vegetables and vegan Azolla pancakes served with locally picked blueberries.

Umeå has a strong tradition of veganism and the pancakes were cooked by the local artist Alexander Svartvatten, based on the recipe for vegan pancakes below and served with locally picked blueberries. If vegan Azolla pancakes are healthy or not remains to be proven, but at least these pancakes proved that they can be delicious.